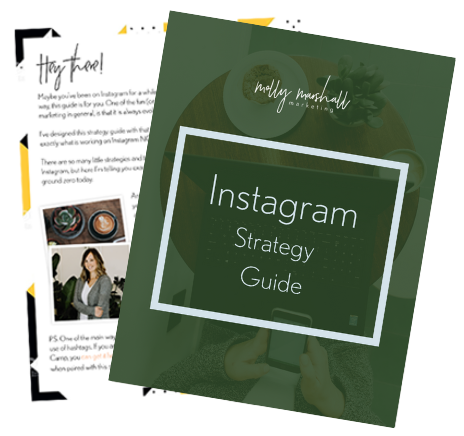 Learn what's working now to build your brand, authority, and credibility on Instagram in 2021. 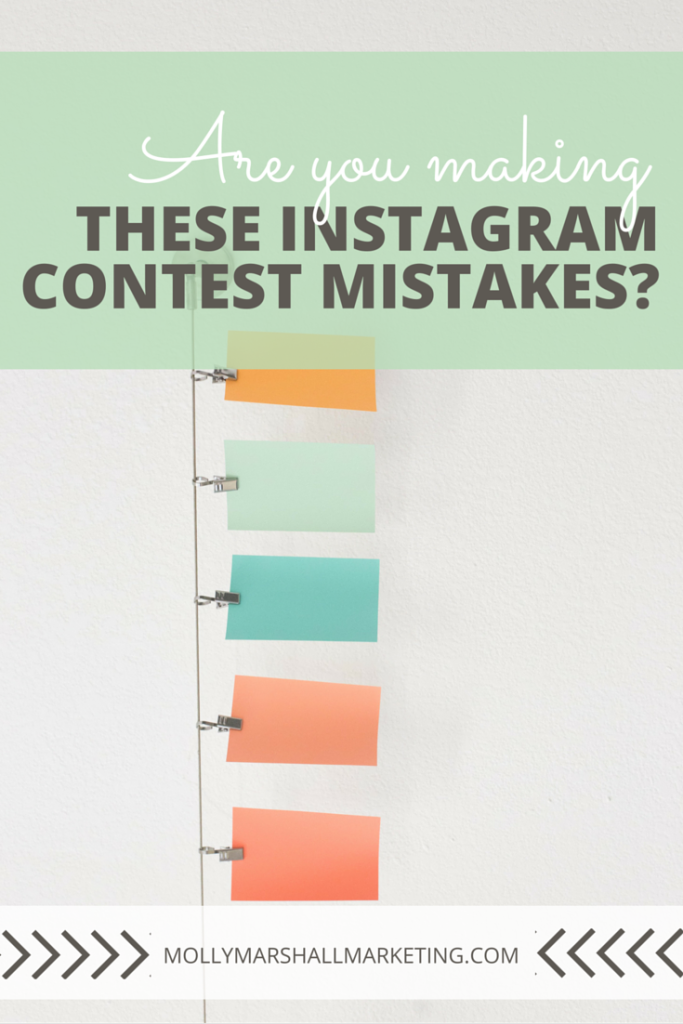 Social media contests are a great way to increase followers, ignite and excite your fan base, and even collaborate with other businesses in your niche. Luckily, running a contest on Instagram is pretty easy since their promotion guidelines are super simple. Basically, all Instagram asks is that you make it clear that your contest is in no way affiliated, endorsed by or associated with them. You can read their entire promotional guidelines here (and I highly recommended it).


Running an Instagram contest might be easy, but that doesn’t mean it’s no-fail. There are a few common mistakes that I see people make that limit the success of their contest!  Let’s break it down now:

People love free stuff… which is why contests can get so much traction, increase followers, engagement and activity on your account. The problem is when the prize is either misaligned with your brand, or is too general.  Regardless of what industry or niche you are in, make sure that your prize ONLY attracts people that would actually be interested in buying something from you in the future.

Example: Let’s say you are a fitness coach. You might specialize in helping 25-45 year old women lose that post-baby weight that never came off. Would a $100 Amazon gift card draw in that target market? Yes, absolutely! But would it also appeal to men? Animal lovers? Foodies? Outdoor enthusiasts? Yes, yes, yes and yes. With an Amazon gift card, you are not qualifying your new followers. Instead, try offering a copy of your e-book of healthy recipes, a one hour consultation, or a goody bag of your favorite fitness products. Offering a prize that directly aligns with the paid products you offer will automatically qualify potential new followers and increase the likelihood that said new follower will stick around AFTER the promotion is over.

The other issue I often see with prizes is that people give away too much. If you are a small business and you are just starting out on Instagram, you really don’t need to give away a high-value gift card to your shop. That probably represents a hefty percentage of your monthly income. You should experiment with prize values, but start smaller and see what kind of activity you get.

2. The Rules Are Too Complicated

Oh, boy… I’ve seen a lot of craziness like: “Follow my account, like this photo, tag 15 people that own black dogs and pick your nose while standing on your head! Take a picture of your nose-picking hand stand and tag said 15 friends, and my account, and hashtag it with #TheseAreTheMostObnoxiousContestRulesEver.”

Contest rules can range from super simple like, “Follow my account and like this picture,” all the way up to super complicated (as described above). In general, the more simple the rules are, the more participants you get. As you increase the complexity of your rules, the number of people willing to do the work will decrease. That is not necessarily a bad thing. This is also a way to qualify people that are really serious about your brand and product… but then there are rules that border on just ridiculous!

Before you decide on your rules for entry, think about what you want your results to be. If you are really hot for high numbers, go simple, but if you are ok with maybe just 10 highly qualified new prospects… make them work for it (but please, no nose-picking handstands)!

This one is closely related to #2 above. But consider that the mean Instagram user follows 265 people. If your loop even has 10 accounts in it, that is a significant commitment for most people! Of that average 265 accounts that people follow, how many are personal friends and family members? The Instagram feed is still a pretty personal place for most people, and there probably isn’t room for 10 new businesses every time the person wants to win something… which probably means they are likely to unfollow you after the promotion is over.

I will be straight with you… I don’t have hard data on this one, but I have spoken to several people about their loop experiences. These accounts experienced quite a drop in followers after their contests ended. From my casual research, I would say that loop giveaways lead to higher than normal unfollow rates.

I know loop giveaways are hot right now, but I seriously question their effectiveness.  I’m not saying NOT to do them, I just personally would not do them a lot, and I would be very picky about the accounts that I asked to participate with me.

Just because you are hosting an Instagram contest doesn’t mean it needs to be isolated to your Instagram feed! Do you have a Facebook page or Twitter account? Do you have an email list? Let people know about your contest in as many other places as possible. This is also a great way to drive your fans from other platforms TO Instagram.

You should also remind people of your Instagram contest daily throughout the course of the contest. Often times, people are afraid to be annoying or pushy so they will refrain from constantly reminding people of their contest… but assume that not every fan reads every thing you post! Keep reminding and encouraging people to enter!

Along with that, be sure that the image you are directing them to is obvious. If you are hosting a like to win or comment to win contest, you’ll want them to enter on the actual contest post. Be sure that the contest image stands out so that people don’t have to hunt for it.

5. Too Long or Short

You probably won’t know what works best until you try it once. In general, the higher the value of the prize or the more complicated that the rules are, the longer you can keep your contest open.  When you first open up your contest, you will see a large surge in activity, and then it will most likely level off.

You may also want to consider how often you will run contests. If you will run them frequently, you should probably keep your promotion periods shorter. You don’t want your followers to start to feel like you always have some kind of contest going on, and start to ignore them.

At this point, you’ve already put quite a bit of effort in to this. You’ve spent some time coming up with the contest guidelines, you’ve created materials and promoted the heck out of it, you’ve financially invested something in a prize…. but there is one more step. Have you thought about what you are going to do after the contest? How are you going to keep these new people around?  Be sure that you’ve planned some of your best content for the few days or week after the promotion ends. Give people a reason to stick around! They may have started following you so that they could win your prize… but you are definitely worth following, so prove it!

Spam is alive and well on Instagram (just like any other social media platform)! I would highly discourage you from using hashtags like #contest, #giveaway, etc. There are actually individuals that enter giveaways for a living… or at least as a very lucrative hobby. That is not your target audience! You want quality new followers and interactions from your contest… so don’t do anything to invite these people in.

Have you ever run an Instagram contest? Do you have any other mistakes to add to the list? 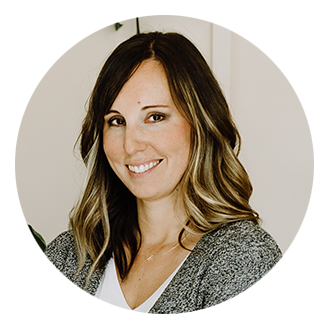 This site uses Akismet to reduce spam. Learn how your comment data is processed.

Learn what's working now to build your brand, authority, and credibility on Instagram in 2021.

And it's a skill that can be honed.⁣ ⁣ I remem

In preparation for updating Hashtag Camp, I recent

When did *this* become a dirty word? ⬇⁣ ⁣ BO

Maybe a look at your monthly social media analytic

You have Successfully Subscribed!